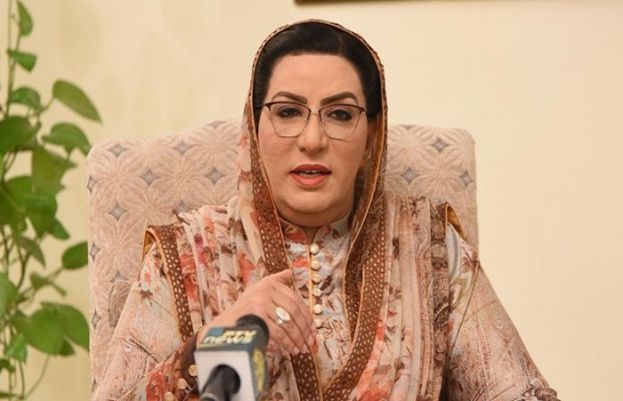 The government’s chief spokesperson Firdous Ashiq Awan on Tuesday said that Prime Minister Imran Khan had directed the Sindh Rangers to ensure supply of goods from Sindh is maintained after it was found the provincial government had failed to implement a transport agreement “in true spirit”.

Awan, in a media briefing following a meeting between the cabinet, said that the prime minister expressed displeasure “in strong words” over the fact that despite the National Coordination Committee’s decision for all four provinces, Gilgit-Baltistan, and Azad Jammu and Kashmir to keep transport lines open for essential goods, the Sindh government did not implement the same.

Awan said that all export and import takes place through the Sindh shipping port and due to administrative measures and a transport lockdown, traders are facing challenges.

“The supply goes all the way to Gilgit-Baltistan. With no loaders present or those who pack goods or a lack of facilities, the supply chain is facing a delay.

“Law enforcement agencies or hospital security officials mistreating them have been strictly told to treat them well and not treat them as criminals and not to push them into quarantine,” said Awan.

She said that admission into a quarantine facility should be carried out respectfully with the patients’ approval and their families’ consent and that all governments had been told to strictly comply with this.

Recapping some of the cabinet’s important decisions, she said that approval for the issuance of Sukuk bonds has been given.

“With this approval, the government will now be issuing the domestic Sukuk bonds.

“The bond has been issued 19 times previously. This is an important and positive step in the promotion of Islamic banking,” she said.

Awan said that with the issuance of the bond, an uptick in financing can be expected. She said that the bond will have a three-year maturity.

“With this bond, not only liquidity issues will be addressed but with a Shariah compliant return and a Rs700bn target, the government will be able to develop an action plan to aid the economy.”