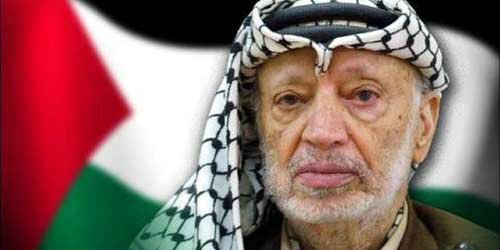 Arafat died on Nov. 11, 2004 at the age of 75 at a hospital in France due to an unknown illness, amidst Palestinian accusations of Israeli poisoning him. Israel denies such accusations.

Arafat’s wife has resorted to the French judiciary to look into her husband’s death, but no results were made public.

The late president was born in Jerusalem on August 4, 1929, as “Muhammad Yasser” Abdul Ra’ouf Daoud Suleiman Arafat al-Kidwa al-Husseini. He was educated in Cairo and participated as a reservist officer in the Egyptian army, in fighting the tripartite aggression against Egypt, in 1956. 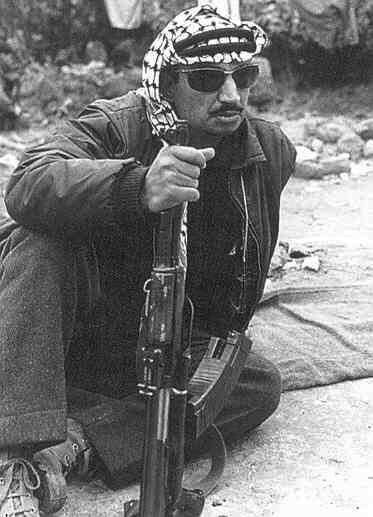 Arafat had lead the Palestine Liberation Organization (PLO) since 1969 and became the first president of the Palestinian Authority (PA) since its establishment in 1994, following the signing of the interim Oslo Accords between the PLO and Israel in 1993.

On October 1, 1985, Yasser Arafat miraculously escaped an Israeli raid on the Hammam al-Shat suburb of Tunis, which led to the death and wounding of dozens of Palestinians and Tunisians. In 1987, Arafat directed the first uprising, the Stone Intifada, which broke out in Palestine, against the Israeli occupiers, in December of that year. At the same time, he fought political battles at the international level for the recognition of the Palestinian people, and of their just cause and aspirations.

Following the Declaration of Independence in Algiers, on 15 November, 1988, the late leader presented, at the United Nations General Assembly, on 13 and 14 December of the same year, a Palestinian initiative for a just peace in the Middle East. The General Assembly was moved, at that time, to Geneva, after the United States had refused to grant Arafat a visa to reach New York. The initiative set the foundation for US President Ronald Reagan to initiate, on 16 September, a dialogue with the PLO, that started on 30 March 1989, in Tunis. 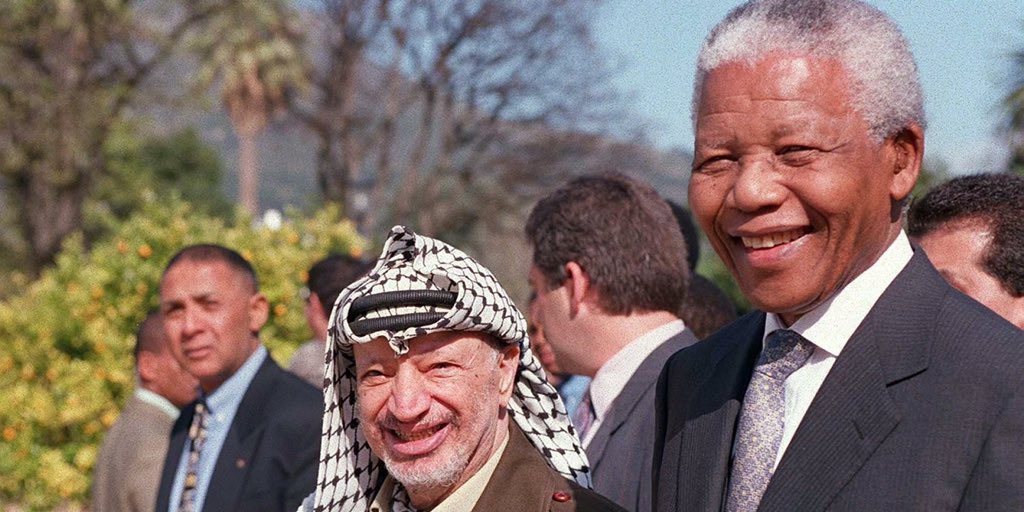 Yasser Arafat and former Israeli Prime Minister Yitzhak Rabin signed, on September 13, 1993, in the White House, the Oslo Declaration of Principles between the PLO and the Israeli government, which allowed Yasser Arafat, the PLO leadership and resistance fighters to return to Palestine after living in exile since 1948.

In 1994, Arafat received the Nobel Peace Prize, jointly with Yitzhak Rabin and Shimon Peres for the achievement of the historic deal.

On January 20, 1996, Yasser Arafat was elected president of the Palestinian National Authority (PNA), in general elections, and, from then, began the process of building the foundations of a Palestinian state..

However, after the failure of the Camp David negotiations, in 2000, as a result of Israeli intransigence and Yasser Arafat’s insistence to not negate Palestinian rights and constants, the second uprising, the A-Aqsa Intifada, broke out on September 28, 2000. Israeli forces and tanks besieged Arafat at his Ramallah headquarters, after accusing him of leading the Intifada. The Israeli army also invaded Palestinian cities, in an operation dubbed “Protective Shield”, and kept him under siege, in a tight space that lacked the minimum conditions for a human living, until his death on November 11, 2004. 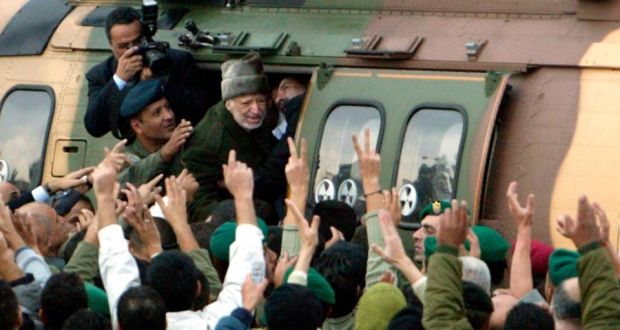 Yasser Arafat has gone 14 years ago in body, but he left behind a legacy of struggle and a national strategy that had established for an approach followed by the founding leaders, headed by PA President Mahmoud Abbas.