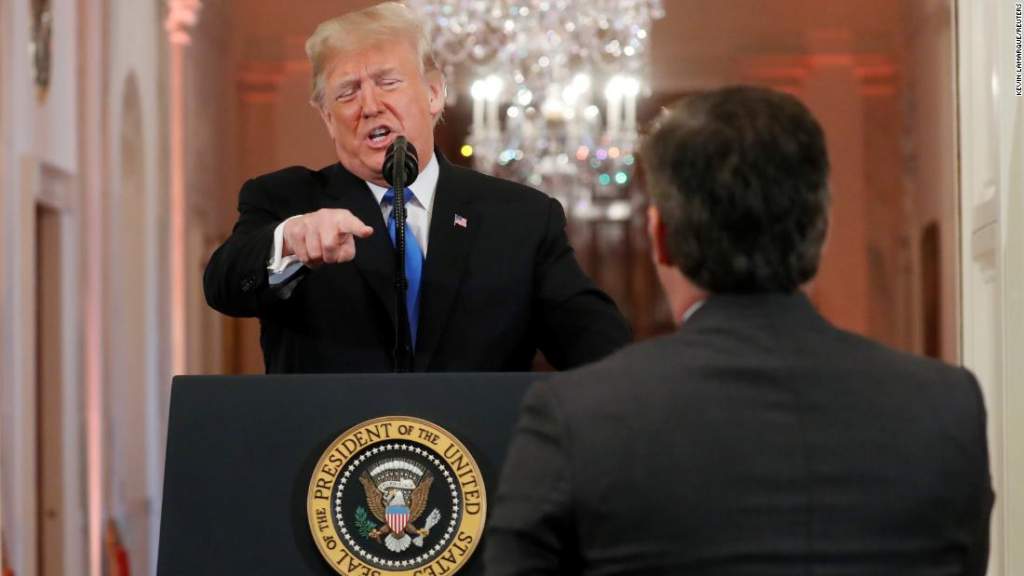 CNN’s lawsuit alleges that Acosta and CNN’s First and Fifth amendment rights are being violated by the ban.

“While the suit is specific to CNN and Acosta, this could have happened to anyone,” the network said today.

“If left unchallenged, the actions of the White House would create a dangerous chilling effect for any journalist who covers our elected officials.”

The lawsuit seeks the immediate restoration of Acosta’s access to the White House.

Last Wednesday, shortly after Acosta was denied entry to the White House grounds, Sanders defended the unprecedented step by claiming that he had behaved inappropriately at a presidential news conference. CNN and numerous journalism advocacy groups rejected that assertion and said his pass should be reinstated.

In a statement on Tuesday morning, CNN said it is seeking a preliminary injunction as soon as possible so that Acosta can return to the White House right away, and a ruling from the court preventing the White House from revoking Acosta’s pass in the future.

“CNN filed a lawsuit against the Trump Administration this morning in DC District Court,” the statement read. “It demands the return of the White House credentials of CNN’s Chief White House correspondent, Jim Acosta. The wrongful revocation of these credentials violates CNN and Acosta’s First Amendment rights of freedom of the press, and their Fifth Amendment rights to due process. We have asked this court for an immediate restraining order requiring the pass be returned to Jim, and will seek permanent relief as part of this process.”

The White House Correspondents’ Association said it “strongly supports CNN’s goal of seeing their correspondent regain a US Secret Service security credential that the White House should not have taken away in the first place.”